Smocking is an embroidery technique used to gather fabric so that it can stretch. Before elastic, smocking was commonly used in cuffs, bodices, and necklines in garments where buttons were undesirable. Smocking developed in England and has been practised since the Middle Ages and is unusual among embroidery methods in that it was often worn by laborers. Other major embroidery styles are purely decorative and represented status symbols. Smocking was practical for garments to be both form fitting and flexible, hence its name derives from smock — a farmer’s work shirt. Smocking was used most extensively in the eighteenth and nineteenth centuries.

Here you see all kinds of different smocking techniques we have tried before deciding the final version for our Crystal Cave. Also trials with elastic and sewing have been made. We wanted to used lighting in combination with the smocking because the smocking softens the light giving it a soft attractive appearance. 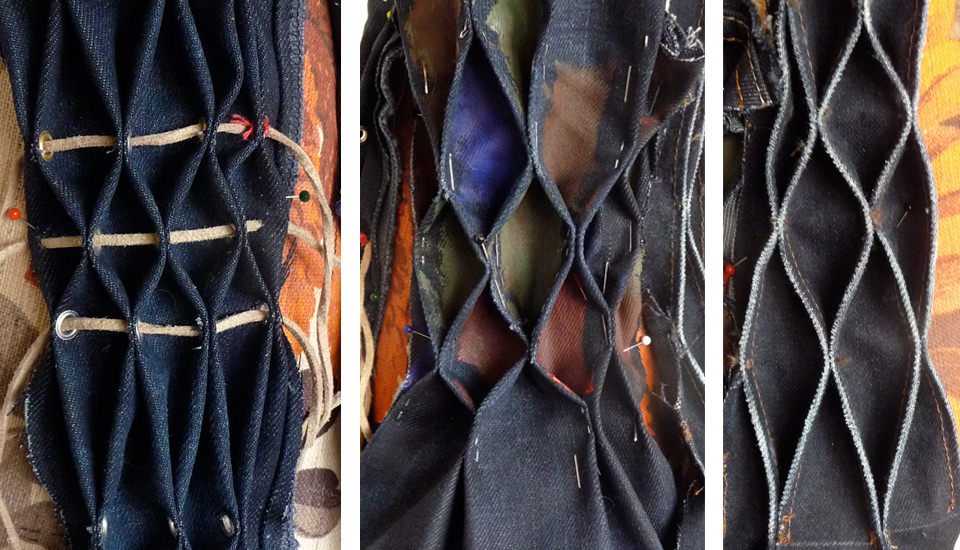 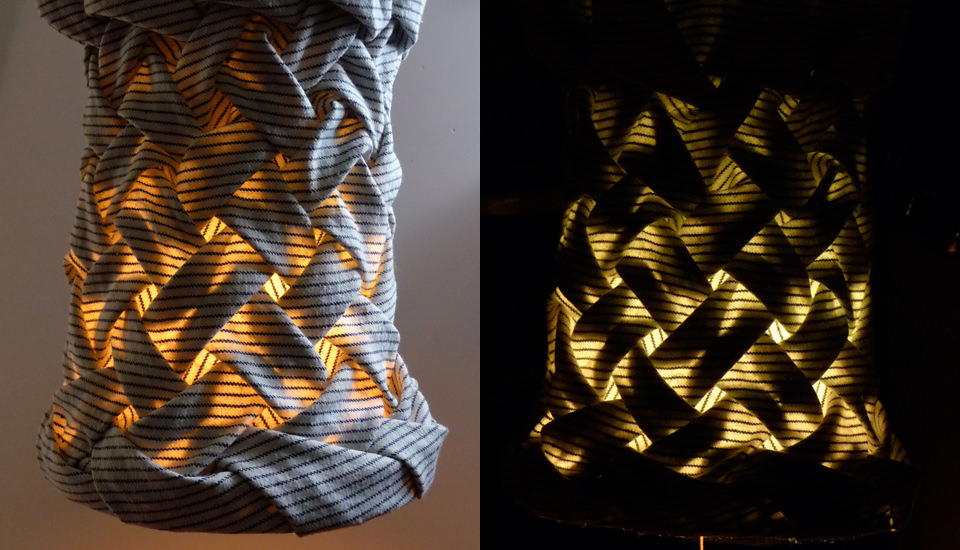 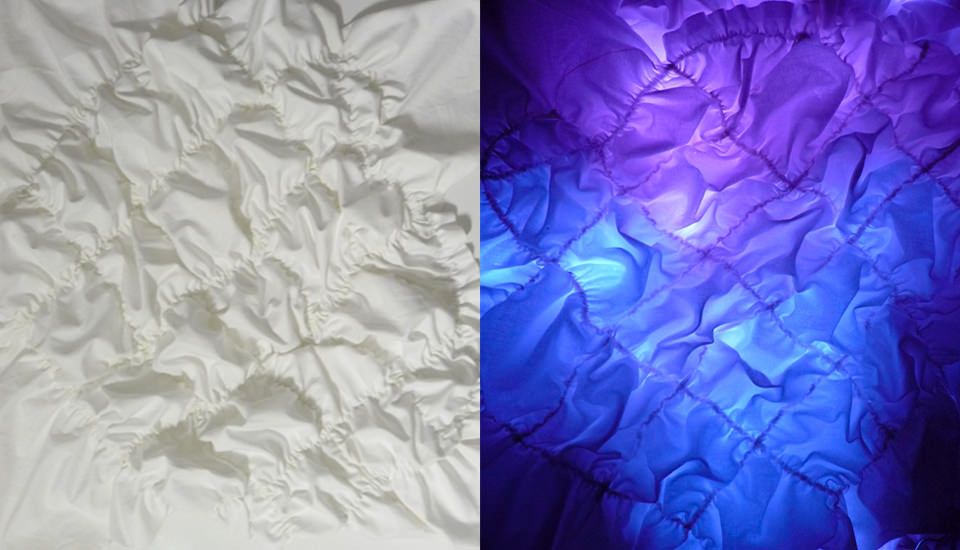 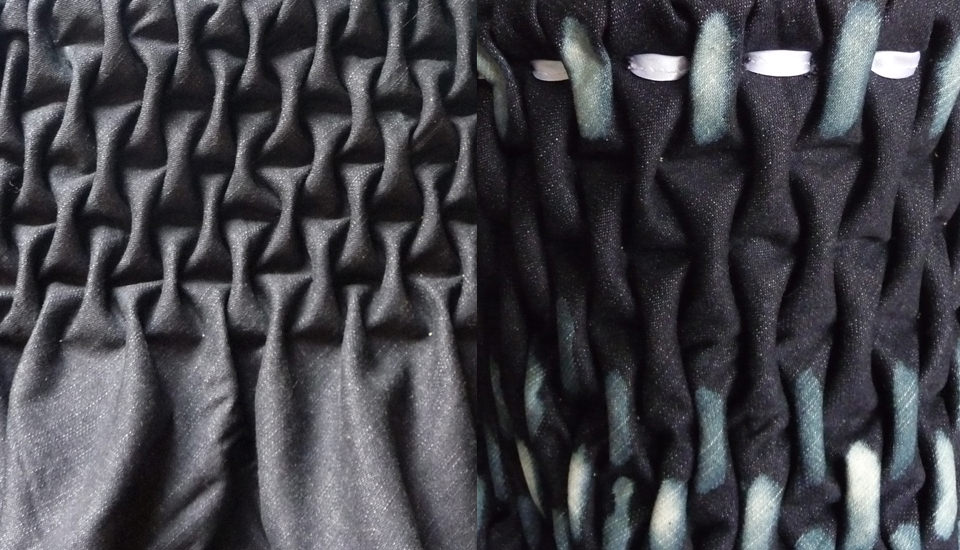 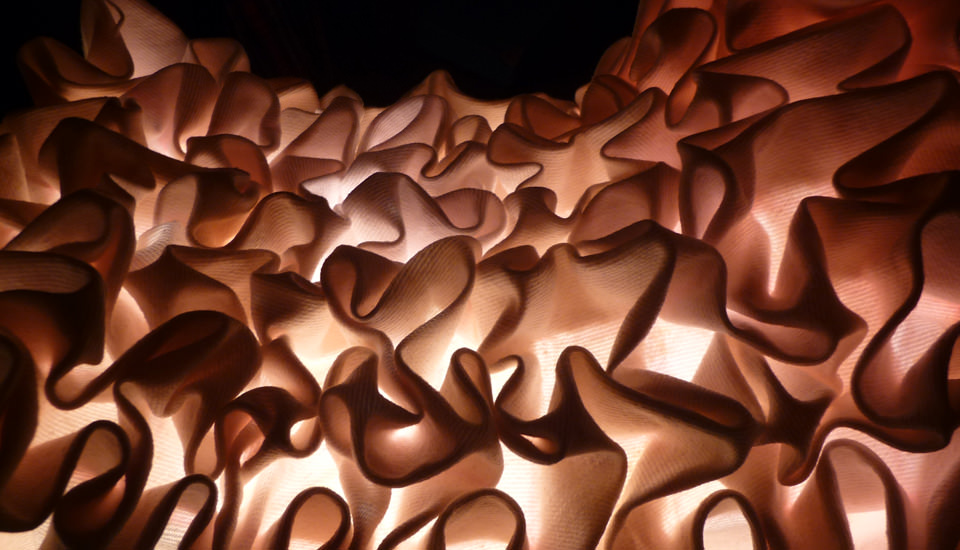 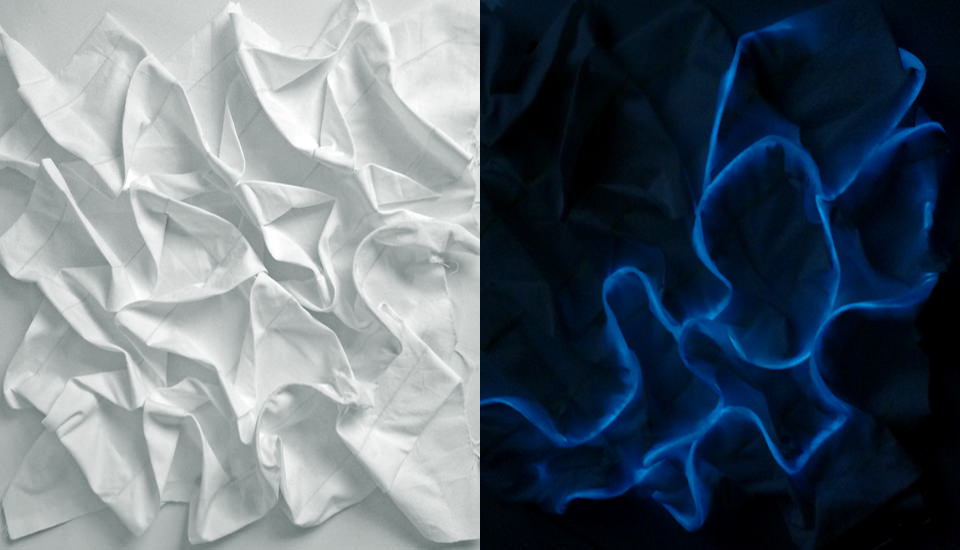