We explore different kind of smart inks to use in our projects.
Thermochromic inks or dyes are temperature sensitive compounds, developed in the 1970s, that temporarily change color with exposure to heat. Here are some of the trials we did with the ink. We worked with black that gets transparent, with color that changes to an other color and mixing color into the thermochromic ink. 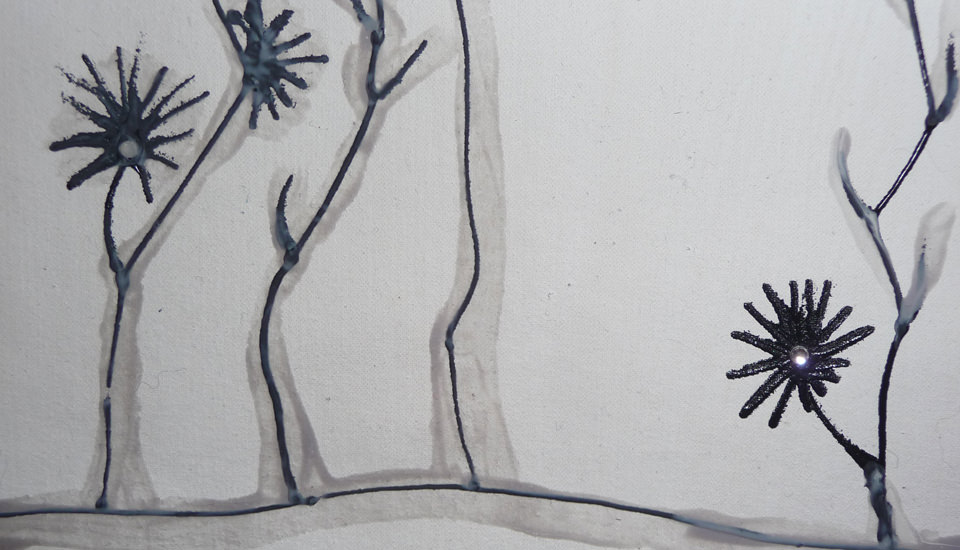 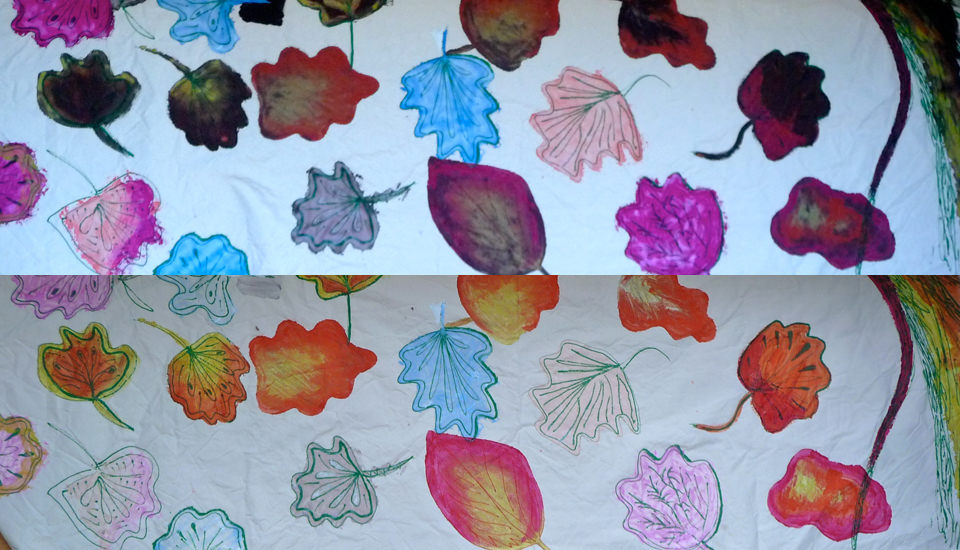 Next to that we try to find different heating sources. A hairblower works fine, as well as regular heating, but also a normal lightbulb can be a heating source. The final outcome has been used to create the Living wall. 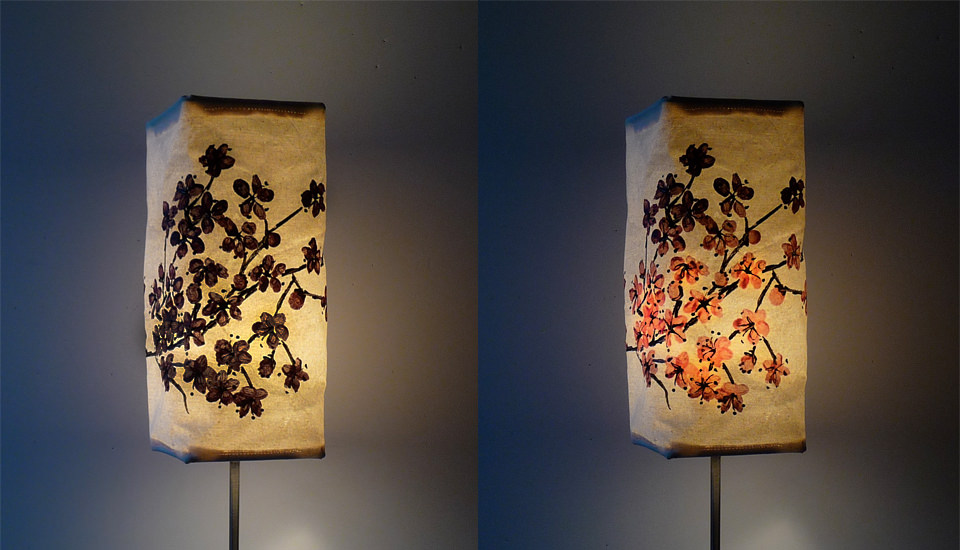 Left: a black light, also referred to as a UV-A light, is a lamp which emits long wave (UV-A) ultraviolet light and not much visible light. In this case we used the blacklight reactive fluorescent ink, getting a brighter, almost glowing effect with the black light.

Right: photo luminescent ink glow in the dark. When you shine light on a glow in the dark object, the incoming photons (packets of light) excite the phosphor molecules. These molecules release the energy they’ve stored slowly by giving out photons, creating a dim glow. Glow in the dark pigments can be produced in many colours. The human eye is however most sensitive to green light, meaning that for example the green glow in the dark stars appear brighter and so are generally favoured by manufacturers. 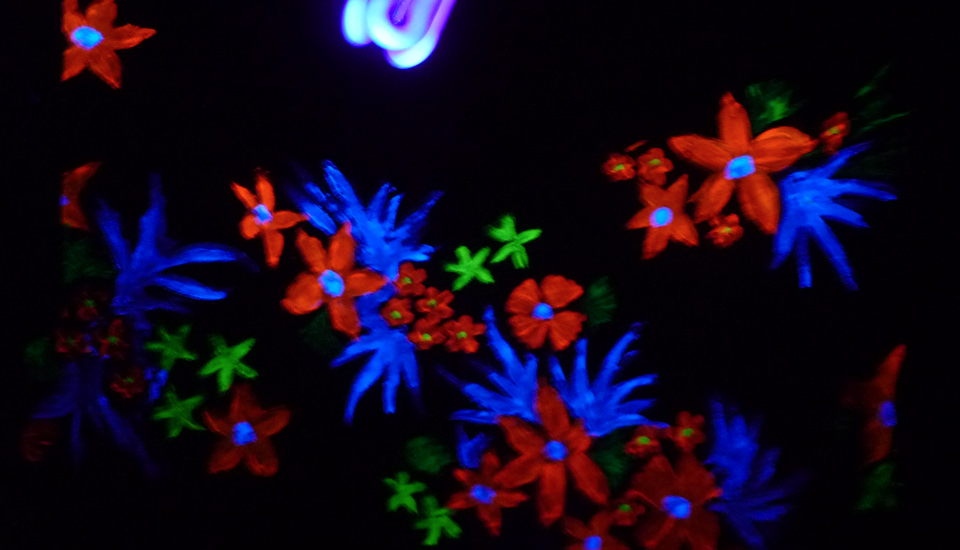 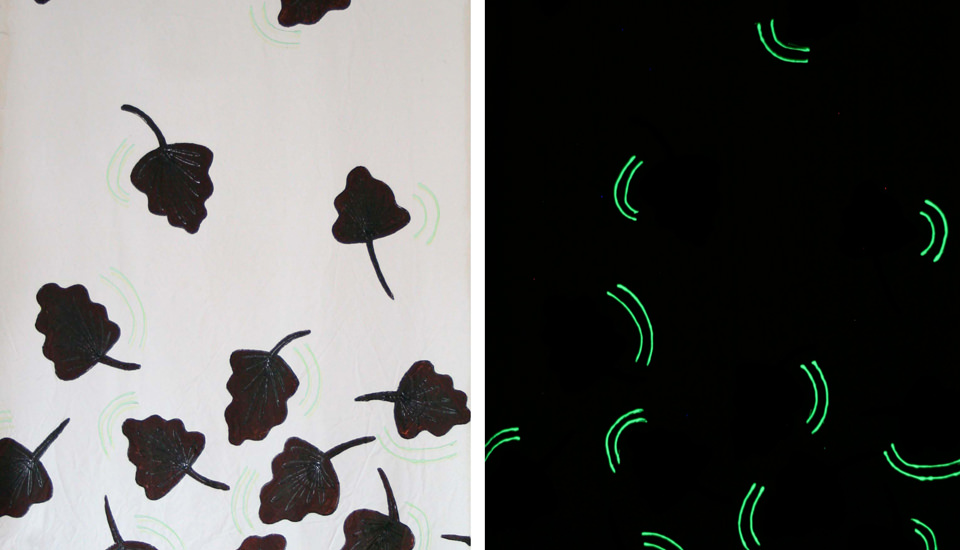 Furthermore we explore combinations of different smart inks. This sample has thermochromic ink, photochromic ink, photo luminescence ink and fluorescent ink. Photochromic ink changes from clear when indoors to color when outdoors. Specifically, these change color in response to ultraviolet (UV) light, usually from the sun or a black light. 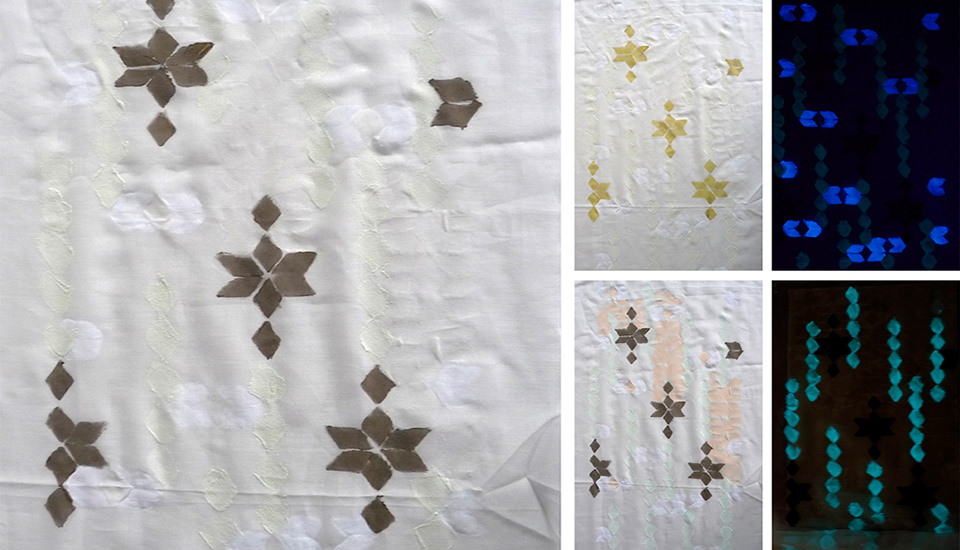