This first trial was growing skin bacteria in a Petri dish. I chose this picture because it literally gives the impression of bacteria growing on our skins. After questioning, we believe that the light yellow dotted line is the Proteus mirabilis and the transparent gel like thickenings to be Staphylococcus epidermidis. In addition, there is a fungus growing, which is the hairy greenish black spot. 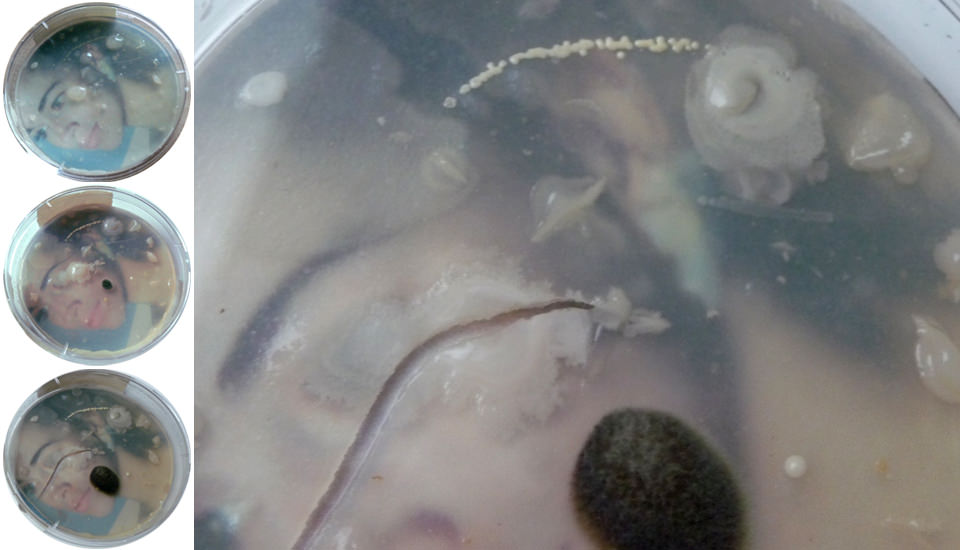 The next phase for me was to see what happens when you add textiles. So I did a workshop with Anna Dumitriu. We made Park’s Kitchen Agar and poured these in Petri dishes. Then I sewed all kinds of herbs and plants like hibiscus, bay leaves, safflower and cloves into and in between fabric to see what would happen. Doing all this with our bare hands gives all kinds of skin bacteria on the samples. But I also wanted to see if what happens if rub it on the (wooden) floor and window. So I made three tests. Unfortunately it is very difficult to conclude something from this test because there are too many variables. Nothing is sterile and I have no idea where all the substrates came from. However this was a nice experiment in learning how to work with bacteria and textiles. 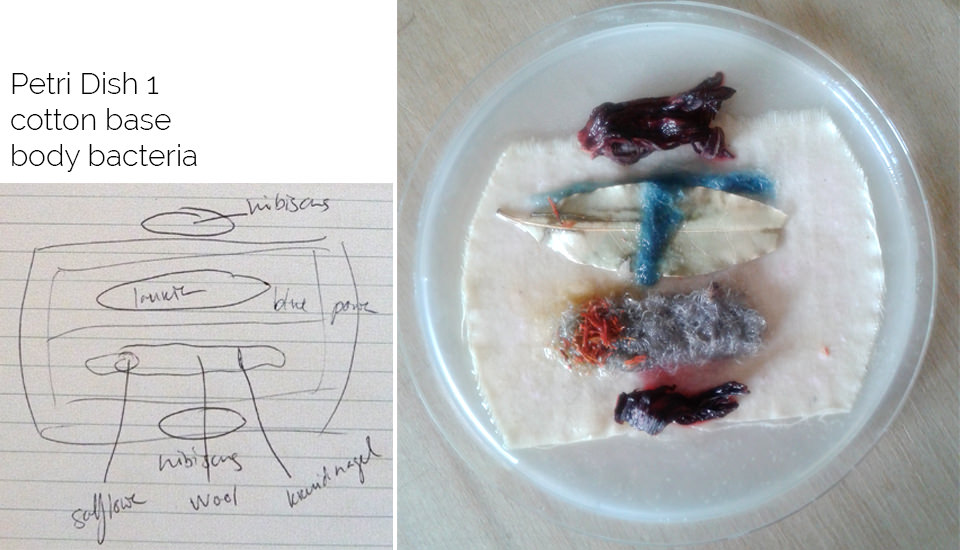 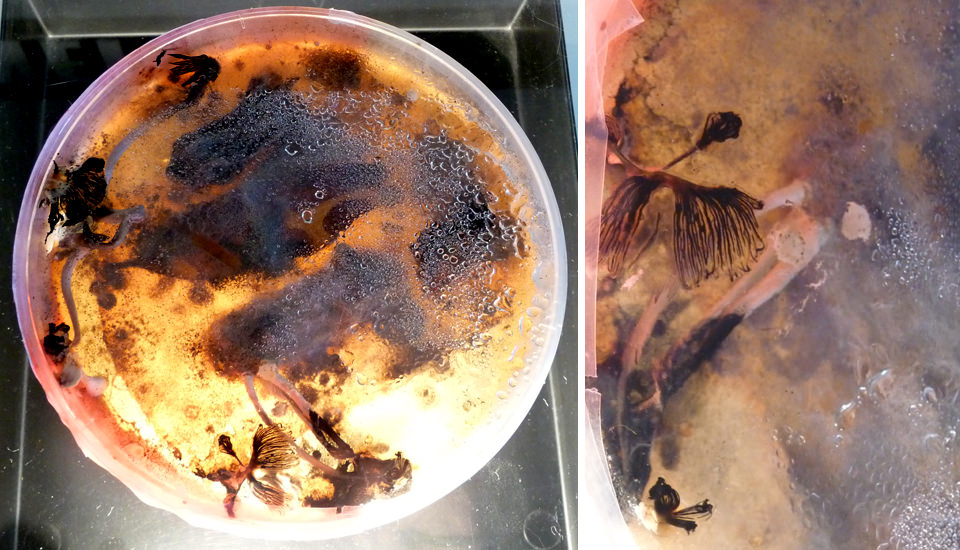 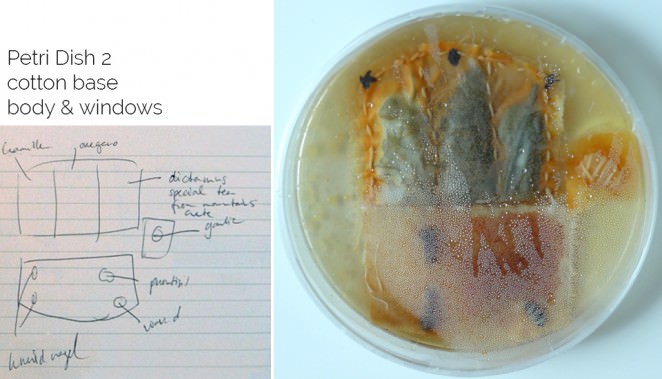 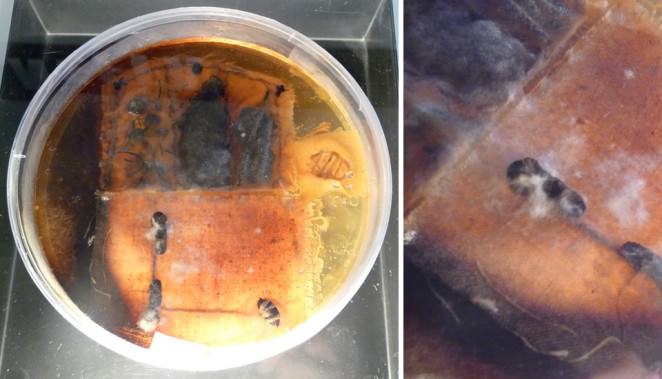 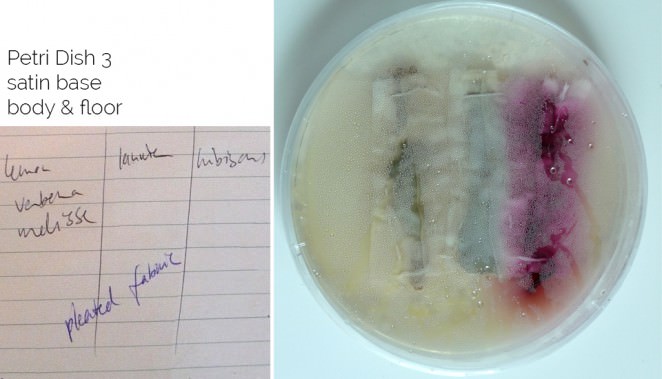 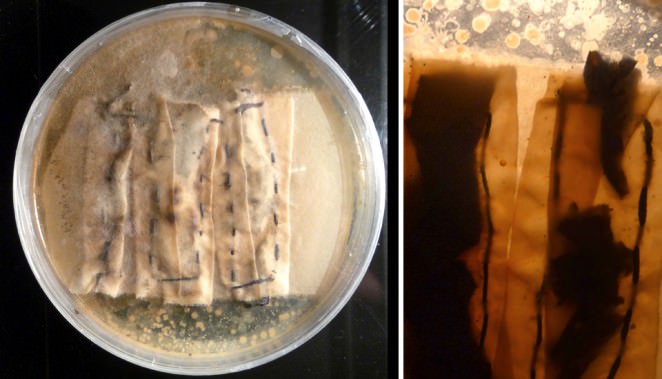 Strangely enough is dish #3 “body and floor” the most clean one. I would assume that body and floor would be the worst. But “only body” had fungus fruit growing and “body and window” had also fungus growing. So for future tests I have to be very clear in what I want to discover.

Below are some beautiful microscopic pictures of the dishes. 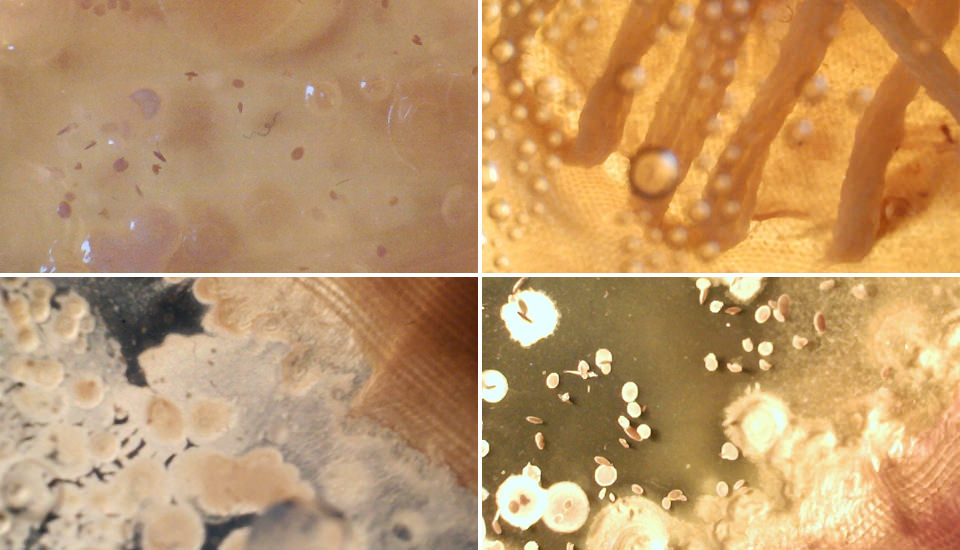 For Dynamic skin I have developed a new series of Petri dishes. This time I cooked cotton patches in MacConkey broth (MCB) and PCA, and used only PCA. This gives us a better view of the bacteria growth. By using two different culture media, I hope to reveal other bacteria as well. The patches and agar plates I then rubbed onto various body parts to see which bacteria grows where. These are the results; Proteus mirabilis, Micrococcus luteus, Staphylococcus aureus and some fungi. 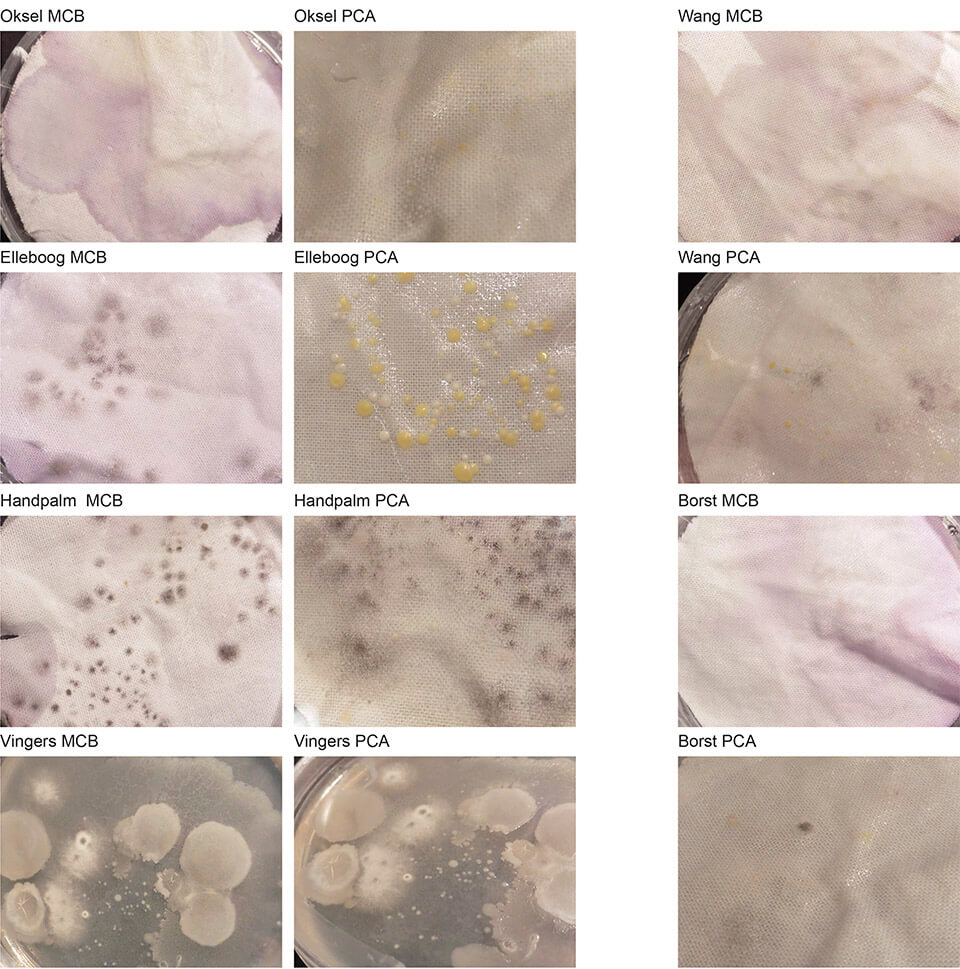