A light-emitting diode (LED) is a two-lead semiconductor light source that resembles a basic pn-junction diode, except that an LED also emits light. LEDs can have different colors.

For a Chinese inspired Christmas party I have put red LEDs in red tule flowers and dipped the top of the LED in gold colored ink to give it a softer glow. These flowers are then combined with gold leather leaves. From first idea to final result. 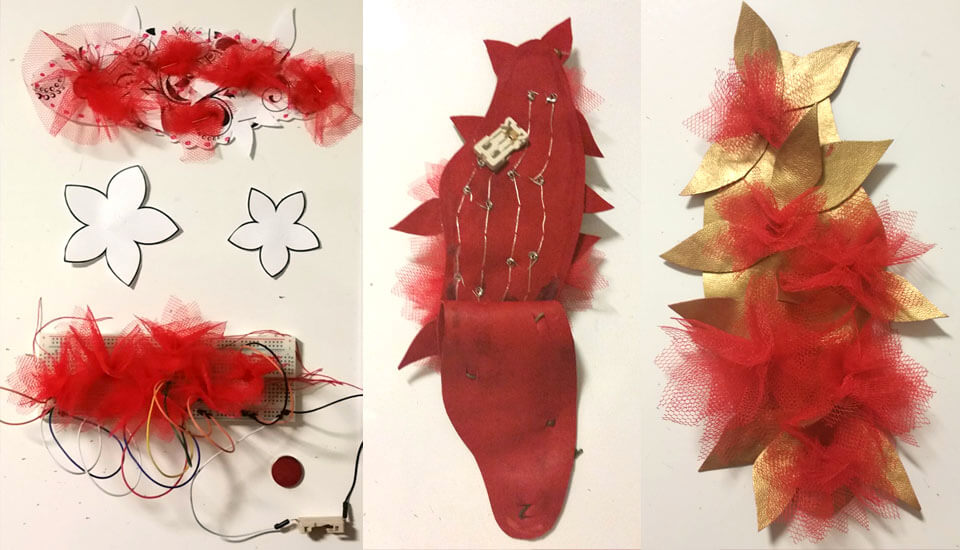 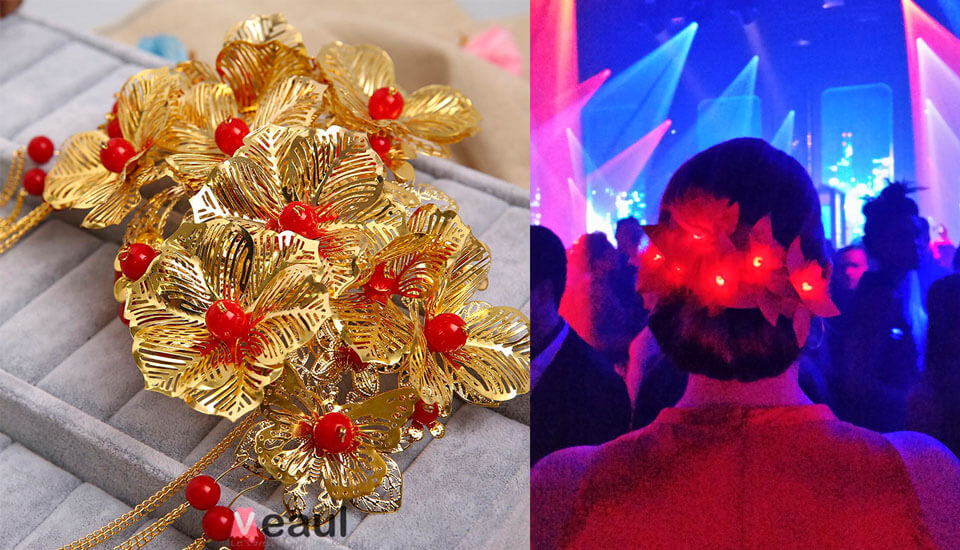 Here you see some experiments we did with changing the look of the LEDs. On the left is a sample with smal LEDs on a PVC fabric with a raised felt pattern. The lights emphasize the shape. On the right is a sample where the lights are integrated in the pattern. The pattern is made with fluorescent ink. So the lights will not stand out that much. 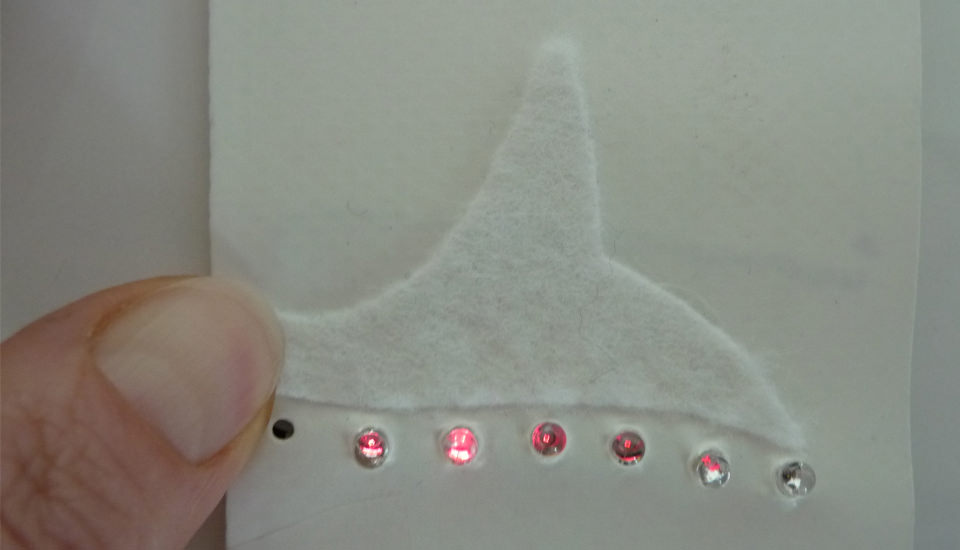 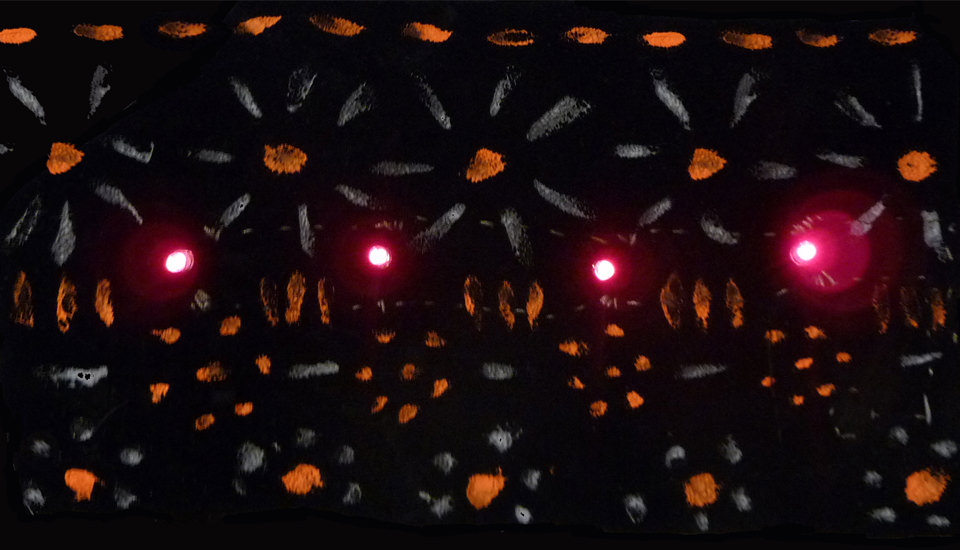 These is a trials with layering fabrics. On the left we layered fabric on top of the LEDs to soften the light. On the right the LEDs shines from inbetween the fabric. 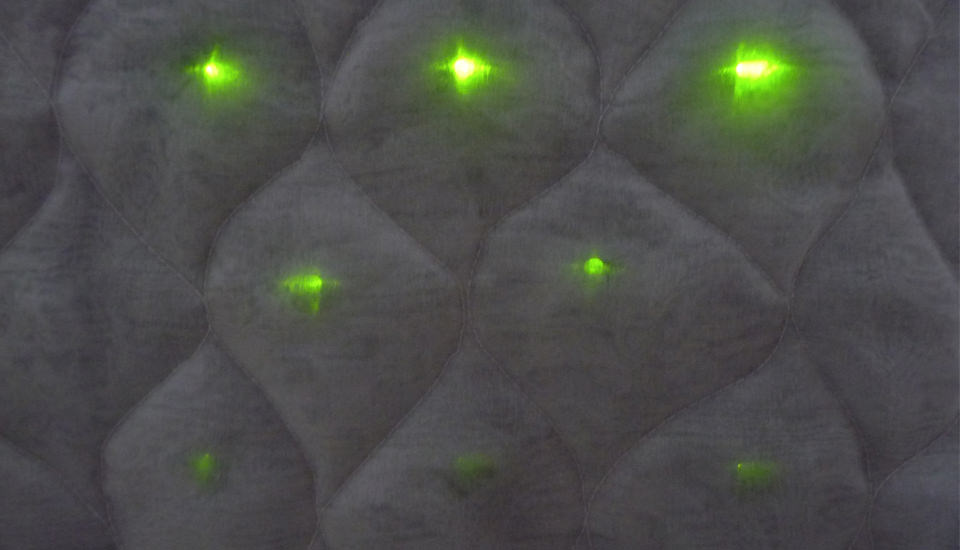 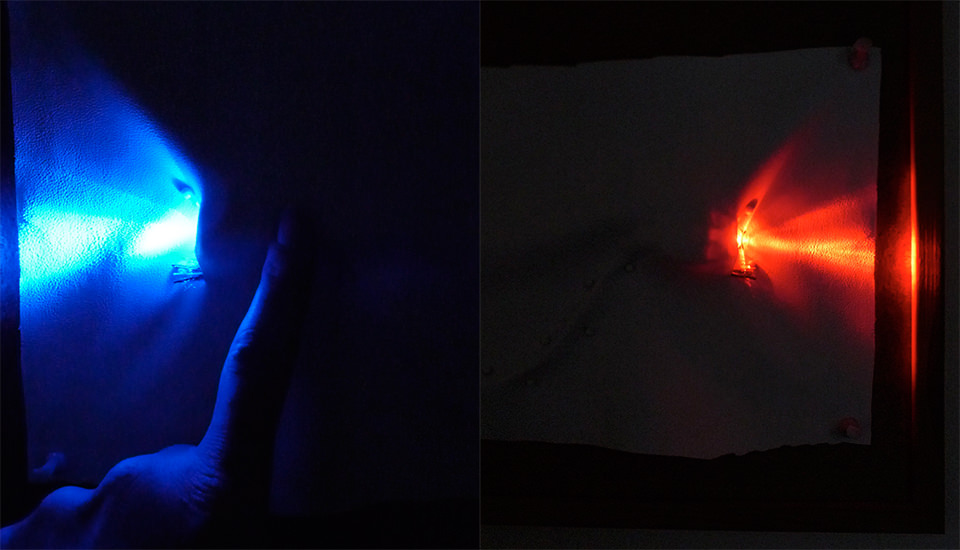 Here we tried some LED experiments with different kind of coverings like latex, christal paste and acryl. 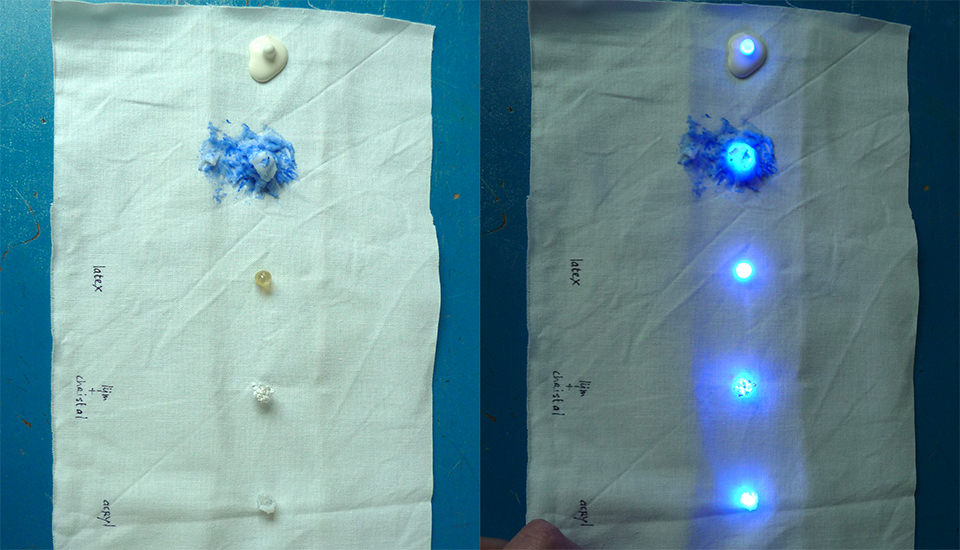