The Brain Hack project aims to connect the seemingly distant worlds of scientists, artists and the general public who are interested in human-brain-generated signals. The BrainHack Project’s main goal is to inspire both scientific and artistic communities to use the BNCI interfaces, to engage with all the different facets of brain research. During the Hack the Brain 2016 “Hack yourself better (or worse)” at Waag Society, we have developed T-stress, clothing that can detect stress and indicates this through LED signals so we can respond to that. 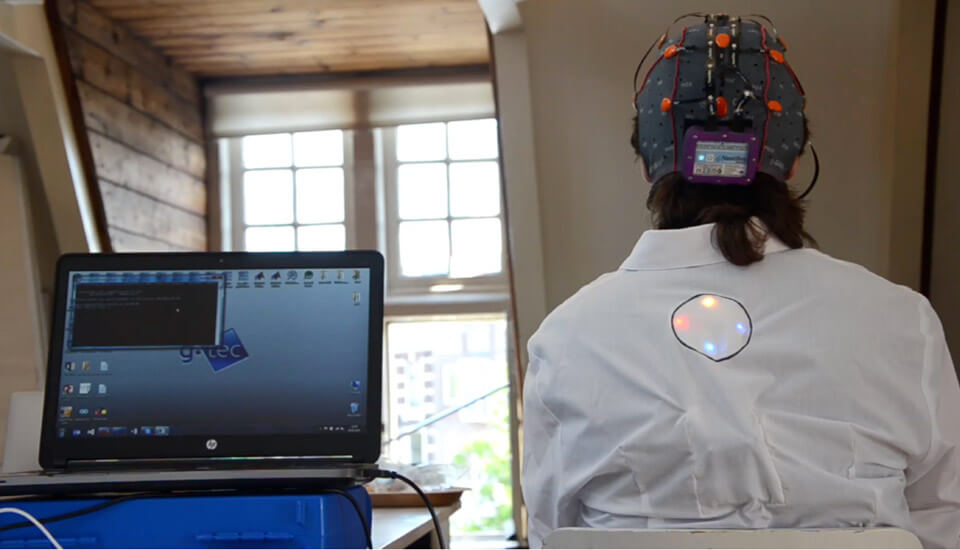 The modern open office was designed for team building and camaraderie but is mostly distinguished by its high noise levels, lack of privacy and surfeit of both digital and human distractions. And indeed, several decades of research have confirmed that open-plan offices are generally associated with greater employee stress, poorer co-worker relations and reduced satisfaction with the physical environment. But there are some ways to combat those detrimental effects and still be productive. Frequently alternating between helping colleagues and doing one’s own job imposes a heavy “cognitive load,”, as the help givers are forced to repeatedly reacquaint themselves with the details of their own task. The T-Stress signales to colleagues when someone is very concentrated and is in the flow. Their colleagues then know that it is better not to disturb them. As a result employees are more productive en less stressed.
(source: Brennan A, Chugh JS, Kline T. Traditional versus open office design: A longitudinal field study. Environment and behavior. 2002 2002;34:279–99) 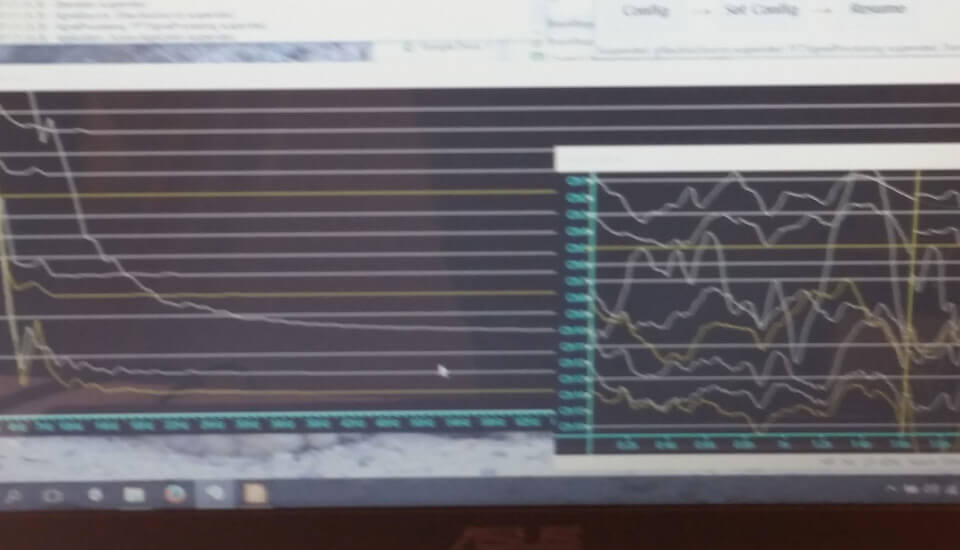 For the T-Stress to work, we measure frequency bins with a g.Nautilus; g.tec’s wireless EEG system with active electrodes. We use Simlink to connect the data of the Nautilus to the Arduino system that controls LEDs in our T-Stress. The LEDs are positioned so that they are clearly visible on the back of someone in an office chair. 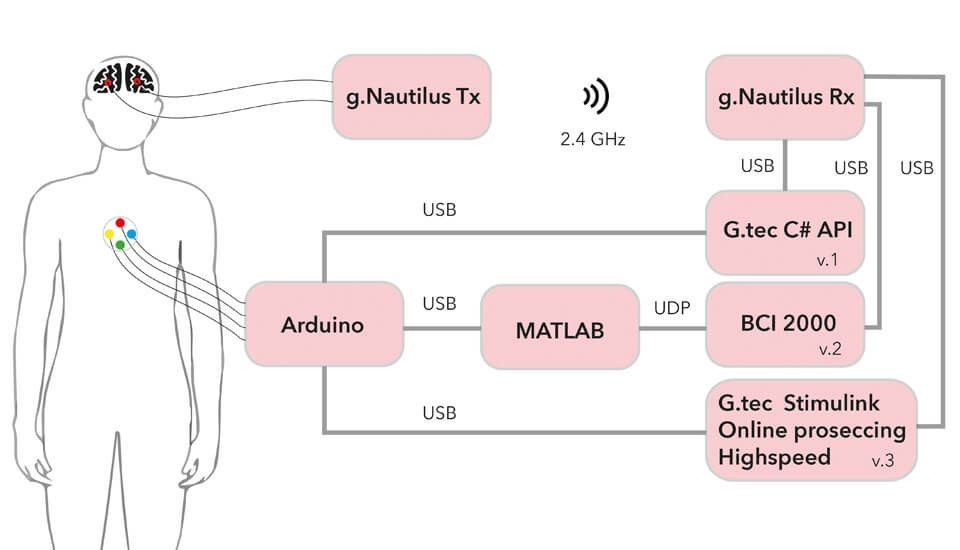 The T-Stress is a piece of clothing that is easy to wear for office employees. It signals when someone is concentrated and in a good workflow. Here you see a picture of the inside of the garment during the test phase. 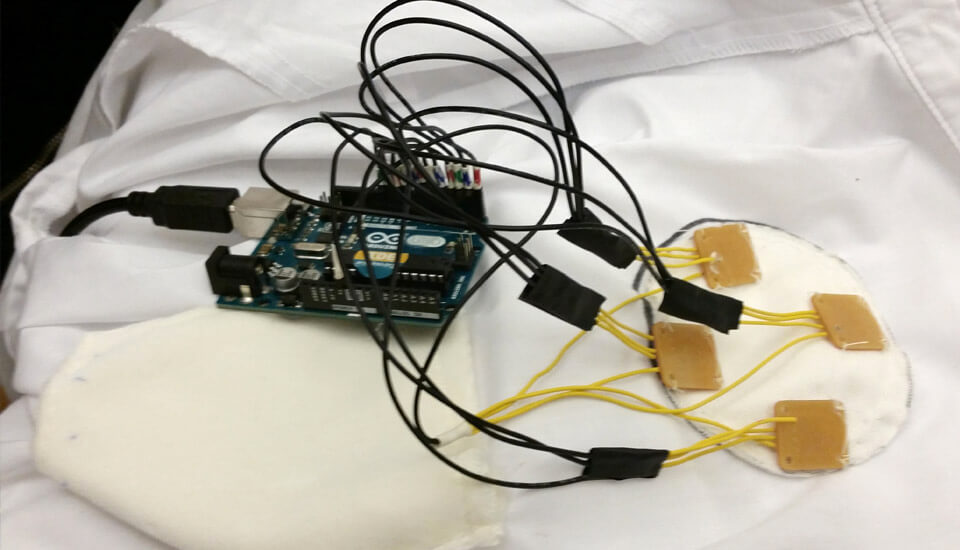