During e-textile Summercamp 2017 we had a nice workshop of Admar Schoonen and Adrian Freed on capacitive sensing. We learned how it works and how we can use it in our own projects. After three hours of playing and working with the code Admar had developed, I wanted to use it in a project. 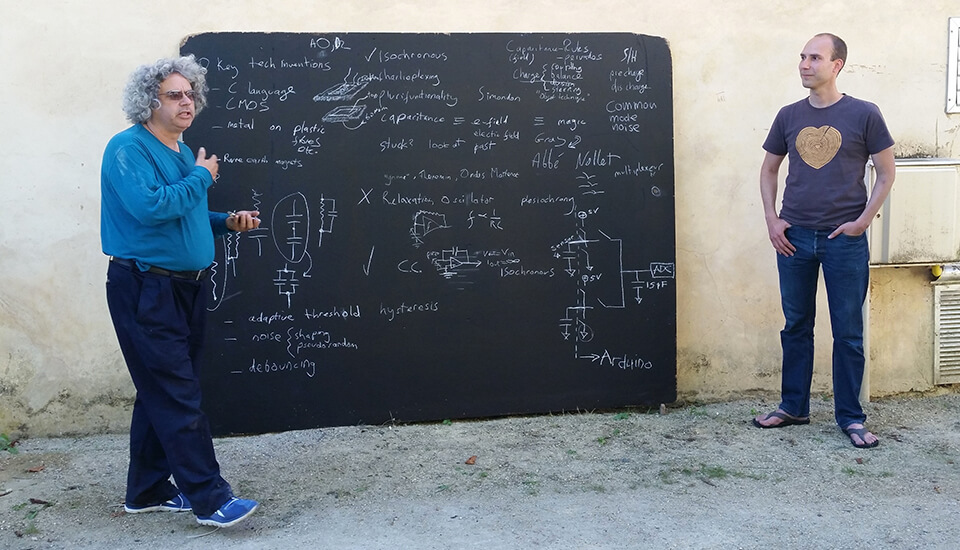 This year’s theme was Wicked Fabrics and capacitive sensing fitted perfect to the sub-theme of super human. So we decided to create a garment that would give humans extra power. Inspired by how most fish have sensitive receptors which detect gentle currents and vibrations, we decided to make a piece that detects human approach and alerts the wearer with a sound. 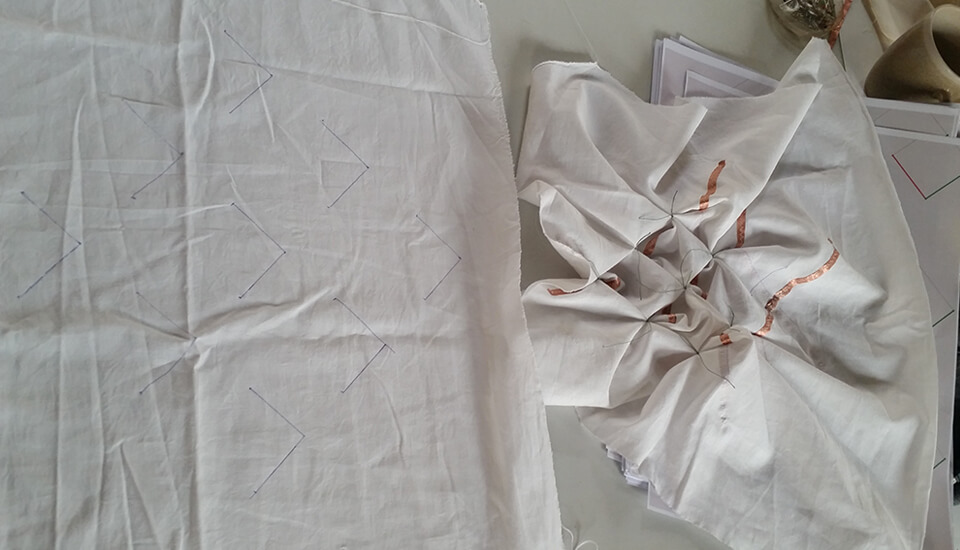 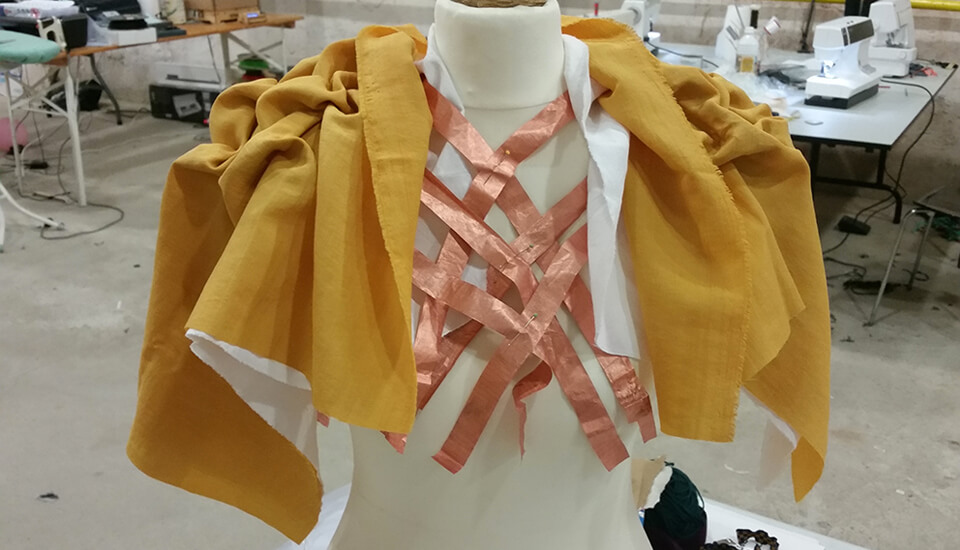 Incorporating conductive pieces into smocking would allow for a larger surface, sensing the human touch before touching the human body. We then connected pieces of the left and right together to limit the amount of data so we could use an arduino for programming. 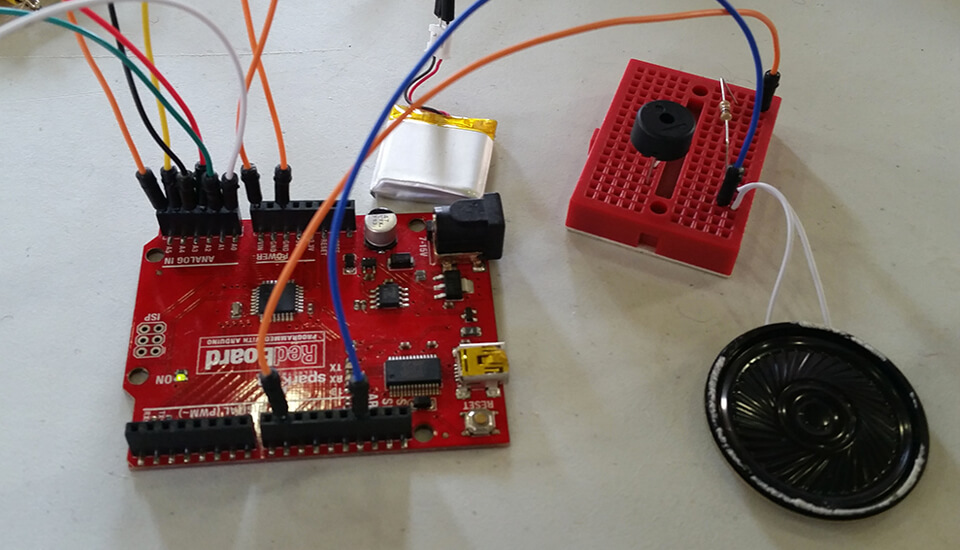 Through extensive testing we improved the sensing as we found out the conductive pieces had to be covered in order not to interfere with each other or other signals. Conductive wires have been guide through a cord before attaching them to the connector. This is an easy way of preventing a short circuit. 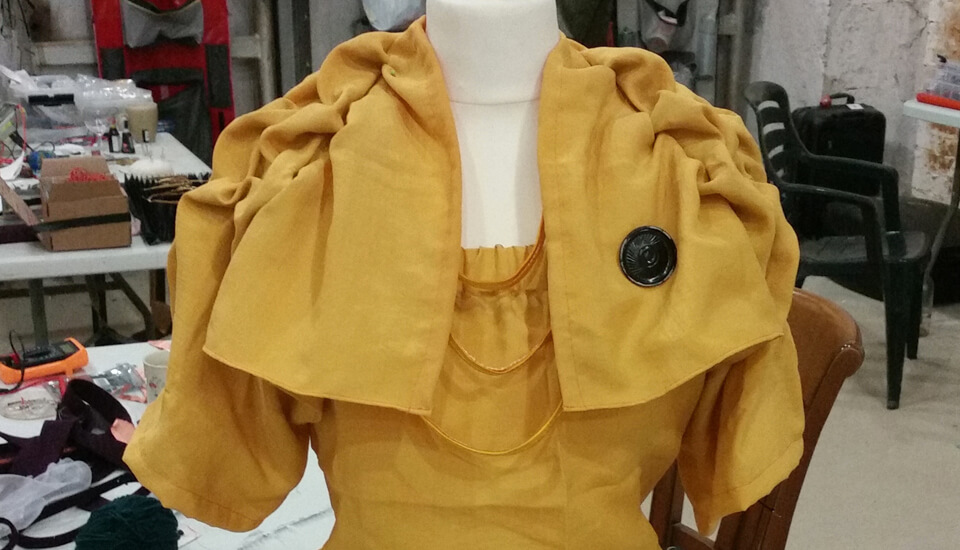 The final result in form of a bolero jacket. The black brooch is a speaker making sound when someone is slightly touching the shoulders and back part.